The recent murder of George Floyd by Minnesota law enforcement was an unconscionable act that demands the ongoing need for police accountability and the end of police brutality. One of the officers is Asian American and this cannot be overlooked–Asian Americans continue to be actively complicit in the anti-Black racism that results in the death […] 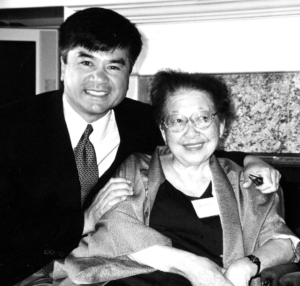 Happy Asian and Pacific Islander Heritage Month! In celebration of this month, APACEvotes volunteer, Edwin Ong, reflects on the memory of Ruth Woo.

In 1997, Asian Pacific American Coalition for Equality formed a state-wide AAPI coalition to join other communities of color, women’s organizations, and national organizations to oppose the passage of I-200, an initiative to end affirmative action in Washington State. Since then, APACE (now known as Asian and Pacific Islander Americans for Civic Empowerment) has worked to […]

Want to help us register voters? Want to have us c

The mask mandate is ending next month, but Covid w

We are diverting from our usual voter education co

Have you made a plan to vote? Ballots are here and

Hey Seattle residents! Be sure to use your Democra

Want to learn more about redistricting? Join us th

Apply to become a member of the APACE board before

😎 What’s cooler than being cool?? Staying at

Keep up with the latest news from APACEvotes.
Sign up with your email address to receive updates.