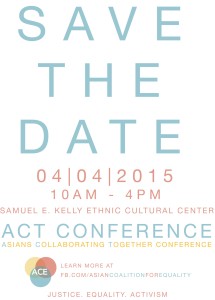 Americans under 30 are severely underrepresented among voters: they made up 21 percent of the adult citizen population in 2012, but only 15.5 percent of the voting population. (Representational Bias in the 2012 Electorate, Project Vote’s Senior Public Policy Analyst, Dr. Vanessa Perez) In 2012, there was a concentrated effort by MTV to get young […]

According to the Asian Americans Advancing Justice 2014 Voter survey, 37% of AAPI’s identify with the Democratic Party and 17% with the Republican Party.  45% identify as Independent or don’t know which party they identify with.  Candidates need to pay attention to our community and study issues of concern to AAPI’s to get those undecided […]